home2headwaters
This project could not be possible without the help of Many people and organizations.
I am so grateful for all the help and support that people are offering! Thank you!!! 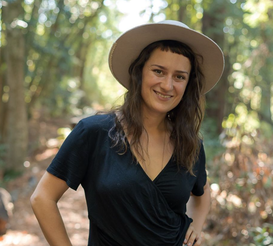 Julia Maryanska
Filmmaker / Director
Julia is a Polish-American filmmaker based in the San Francisco Bay Area. She has worked on numerous award-winning film productions including Jennifer Fox's “My Reincarnation” (2010), Nancy Kates's “Regarding Susan Sontag” (2014), “Retracing Jeneba: The Story of a Witness,” (2018), and was an editing assistant on Academy Award nominated director Judith Ehrlich's forthcoming film, “The Mouse that Roared” (in post production). The films she has worked on have been screened in cinemas, on HBO, A&E, PBS, Arté TV France, Amazon Prime, Kanopy and more. Julia has produced dozens of short films that have aired on UpliftTV, Gaia TV, screened at international conferences and festivals, all produced through the media collaborative, Re/Culture Media, which she helped co-found. Julia was born in Poland, she is trilingual, a Master NLP Practitioner, an avid gardener and a mama to a little one. 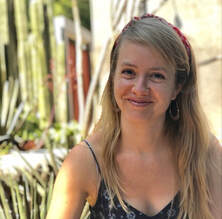 Marielle Olentine
Producer
Marielle is multimedia storyteller and producer championing a collaborative and regenerative approach to filmmaking. From covering the Syrian Revolution to following presidential candidates on the campaign trail in 2016, her work has appeared on VICE, Al Jazeera, Huffington Post, and HBO and at Toronto Film Festival and SXSW. She worked as an Associate Producer on Erin Lee Carr’s HBO films Thought Crimes and Mommy Dead & Dearest. She also associate-produced narrative feature Bleed For This which premiered at TIFF. As a storyteller she seeks to weave together narratives that honor, celebrate and bridge differences, finding inspiration in the interconnectedness of nature and the devotion of oral story-keepers across the globe. With her film Three Promises she has participated in SFFILM’s Catapult Documentary Fellowship and the Gotham Documentary Lab (formerly IFP Documentary Lab) and was a recipient of the Arab Fund for Arts and Culture’s (AFAC) production grant. When she’s not producing films she's managing a non-profit media production organization called Tikkun Olam Productions, that provides subsidized multimedia storytelling to frontline social & environmental justice groups.

SUPER GRATEFUL for all these people and projects and organizations who are supporting, inspiring, and uplifting Home2Headwaters:
Sogorea Te Land Trust - an urban Indigenous women-led land trust that facilitates the return of Indigenous land to Indigenous people. Pay your voluntary Shuumi Land Tax here.
Foothill Conservancy - the primary organization working to protect the upper Mokelumne River Watershed since 1990.
Walking Water - Restoring and building our relations with waters, lands and peoples.
Wholly H2O - catalyzes dynamic, informed connections between people and their watersheds.
Watershed Witness Tours - connecting people to where their water comes from.
Give Back Adventures - outdoor adventures to support charitable organizations.
The Longest Straw - Filmmaker Samantha Bode walked from LA to Mono Lake, tracing where her water comes from and documented her whole trip.
Rivers For Change - Connecting people to rivers through Source To Sea adventures, conservation, and education.

Thank you so much to all the people who have made themselves available to help with this project! I have been so blessed with people offering themselves as physical and emotional supports in the process of this journey coming to life. I am so grateful to receive this vision and it could not be carried out without the help of the collective.
Thank you Alicia Thompson, Andrew Gordon-Kirsch, Jesse Yurow, Mel Pepper, Ken Kirsch, Nancy Gordon, Talia Cooper, Helen Cowart, Richard Lautze, Kait Singley, Hawk Palmer, Eva Orbach, and David Gajer for driving support vehicles while I walked the river. Thank you Eddie Berry, Josh Halpern, Katherine Evatt, and Matt Brown for teaching me about the Mokelumne River and sharing your resources with me. Thank you Malcolm Margolin for helping me get connected to the Indigenous people along the route. Thank you Kate Bunney. Elizabeth Dougherty, and Christina Bertea for being my inspiring water women mentors - exemplifying to me what devotion to healing the waters, land, and people looks like.
Thank you Lawrence Schuessler for helping me map my route and for Sol Weiss for contributing beautiful visual art. Thank you Gaia Esensten, Sally Morton, Talia Cooper, and Rose Rothfeder for checking my email and posting on my Instagram when I didn't have cell service.
And Thank You to so many more humans who made this journey possible! It has truly taken a village and many watersheds to make this journey possible!